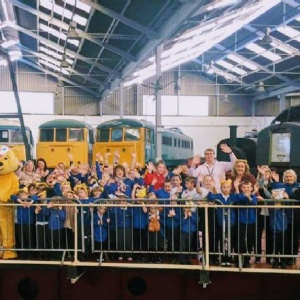 The children and staff at BHPA have taken part in a very special fund raising event down at the Roundhouse, Barrow Hill. The staff were challenged to push the entire school around on the moving turntable. The event was filmed by BBC Look North and Aired live on television on Friday 16th November 2016.